Under the heading "Apple Slaps Developers In The Face" Lee Brimelow has a little hissyfit over the apparent "hostility" of Apple is displaying towards Adobe.

Before I say anything I'd like to make one thing perfectly clear.  At the top of the blog posting there's a disclaimer that says that the opinions expressed below are not the official view of the company.  Now, usually I would respect that and not ascribe any opinions expressed in a personal blog to the company for which the blogger works.  Common courtesy dictates this.

The problem is that in the second paragraph there's the following: "sentence regarding Apple's intentions redacted at request from Adobe".

Congratulations Adobe, now the blog posting is, for all practical purposes, an official communiqué from Adobe and I will have no reservations with perceiving the line "Go screw yourself Apple" as an official message from Adobe to Apple.

You redact it, you own it.

As a developer myself I find the license terms from Apple to be rather draconian so I would be inclined to side with anyone who has some beef with the terms.  Steve Jobs' exquisite taste and product design instincts have paid off handsomely and he has created a gold mine.  Sure, you can come and mine some gold at his mine (if you dress nicely and behave), but you can only have the gold dust and none of the nuggets.  Those nuggets Steve Jobs gets to keep.  And if it turns out there are diamonds in there, well, then those belong to Steve as well, because Steve gets to rewrite the rules whenever he wants to.

Which is all fine and dandy.  It is Steve's company.

For me as a developer the iPhone platform has next to no appeal.  The device itself has plenty of appeal, but I could never justify investing money, mine or that of investors, in developing software that you can never be sure if you are allowed to sell or not.  It is a simple, cold, and dispassionate business consideration.  Every app makes into the app store at Apple's discretion and the rules governing this process aren't clear.  I wouldn't bet my money on it, but if you want to bet yours then I'd be happy to help you spend it.

As a consumer I am glad that there are others that are more willing to gamble with their time and money.  As a consumer I love the iPhone, the iPod Touch and I am looking forward to playing with the iPad.  But not as a developer.

What I have said thus far might lead you to expect I would side with Adobe.  And I would.  If it wasn't for one, tiny thing:  Flash sucks.  Not only that, but the whole attitude of Adobe sucks.

From a purely technical point of view you would have had to be Richard Stallmann or have hidden under a rock for the past decade not to know what an annoying resource hog Flash is.  And when it isn't gobbling up resources, it is crashing your browser or enabling the inept web duh-signers annoy you in ways you hardly thought possible.

You would think that having been so lucky to gain a huge market share in blinkyflashyware, Adobe would pour money and talent into making The Suck go away.  Either they didn't bother or they were not good enough; because The Suck is still here.

And no, I am not really interested in sob stories about how Adobe enabled video on the web.  The way I see it, by having a bad, stop-gap solution such as Flash video, progress in this area has been slower than it needed to be.  The net "contribution" from Adobe in this area is a negative one, so don't wax on about how it made all these great services possible because it came at the cost of severely delaying even better services.

The reason I am not going to side with Adobe on this one is that I think Jobs is perfectly reasonable in wanting to keep Flash off his mobile devices.  Adobe has had years and bloody years to improve their technology and they have not done so.  The last thing the world needs is yet more surfaces for Flash to cling onto to distract content creators from paying more attention to standardized, open and less clunky technologies.

Flash needs to go and I wholeheartedly support any and all efforts towards this goal.  I want a better web. 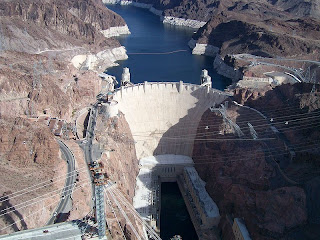 And to those of you who are are environmentalists: how many gigawatt hours of electricity do you think have been wasted in Flash?  Even as I write this on my desktop machine, the Flash elements in the browser on my laptop is making Firefox gobble up 40% CPU while it is doing exactly nothing.   You could probably power all the search data centers of all the search engines in the world on the power that Flash needlessly consumes all around the world at any given moment.  And that is an extremely conservative guess.  Try to play with the numbers some time.  Give the result in, say, number of Hoover Dams you would need to generate the equivalent power.  (Hoover Dam has an average annual output of about 4,200 GWh. The Three Gorges Dam has an estimated annual output of 100,000 GWh.  How many of those would you need to produce the equivalent amount of energy Flash is wasting due to inefficient resource use?)