A few days ago I had the pleasure of driving +Ståle Dahl's 1972 Bertone-designed Alfa Romeo 2000 GT Veloce from Trondheim to Lom.  Or rather, Ståle and I shared driving duties along this scenic route on our way to a company offsite.  (We usually just refer to the car as "The Bertone" or fondly: "Bertis") 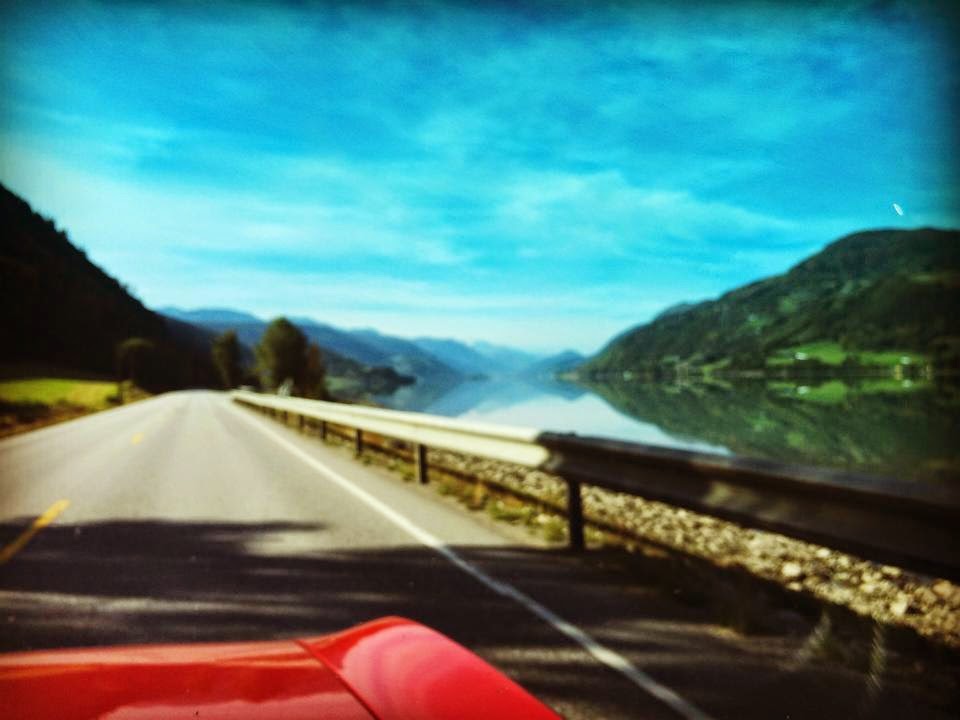 Most motorists today have so few opportunities to drive an older car -- and in particular an older car that is in excellent condition and which can offer an exciting driving experience.  Apart from being a beautiful car, it is a pleasure to drive.  The 2 litre, 4 cylinder Nord engine from Alfa Romeo provides a characteristically wide power band.  It growls, fizzes, crackles and barks thanks to a refreshingly simple exhaust system and not least a pair of decent sized Weber carburettors with trumpets, rather than the large filter-boxes used to neuter most modern cars.

Norwegian author Kjell Aukrust has written extensively about the joys of motoring, and it is not hard to understand why the Alfa Romeos always had a special place in his heart.  There is something very special about the combination of stunning Norwegian scenery, with mountains plunging into the water, curvy roads hugging the mountain sides, and the sound of a Nord engine.   Slower cars are dispatched quickly.  Approach carefully from behind, so as not to startle the victim prematurely, then downshift in two takes, blipping the throttle between gears, allowing the trumpets to bark, before burying the pedal.  When your vision becomes blurry, that means it is time to shift up.

One does not need to go particularly fast to have an engaging experience in the GTV.

The difference between driving an older car and a modern car struck me a I was trying out a new car for my daily driver.

It has been clear for some time now that my daily driver, an Alfa Romeo 156 Selespeed, is becoming somewhat long in the tooth.  We are now at that magic crossover point where the cost of repairs relative to the monetary value of the car means you keep asking yourself if it is worth investing more in the car.  By all means, the car is still a brilliant drive in many respects.  In particular I love the precise and perfectly balanced steering feel.  And thanks to a diligent mechanic, it will still out-brake most other cars by a good margin.  But I need a younger workhorse.

The choice landed on the relatively new Alfa Romeo Giulietta.  More specifically the Quadrofoglio Verde, which has Alfa Romeo's brilliant 1750 TBi strapped under the bonnet.  The same engine that you will find in the gorgeous Alfa Romeo 4C.  The key figures are pretty exciting for a 5 door hatchback: 1350 or so kg, 235hp, 340Nm of torque and a clever front differential that will deal with the embarrassing tendency of front wheel drive cars to uselessly direct power to the inside wheel and light it up during hard cornering under power. 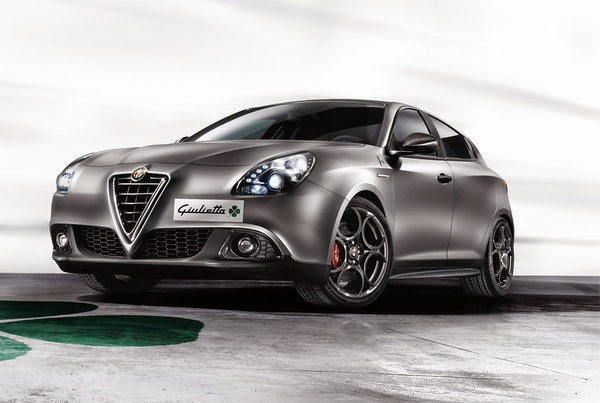 The thing about modern cars is that they are fussy.  There is so much stuff in them.  Stereo,  multiple climate zones, seats that contain more electronics than your TV.  The interior is a museum of all the various polymers humankind has come up with over the last 100 years.  And this is without even beginning to describe the infuriatingly useless computers that are strewn throughout the car running shit software written by underpaid engineers on strict budgets under unrealistic deadlines.

True, modern cars are more comfortable.  If I were to drive this car for 12 hours straight I'd arrive well rested and able to feel most of my extremities.  12 hours in the Bertone, which encourages you to drive "con spirito", means you probably need to rest up for a day.  Preferably in a hotel overlooking some body of water.  While imbibing bubbly and nibbling on cured meats.

It may seem odd that a confessed petrol head would complain that a car is fast, but hear me out.  The problem is that you want the feeling of speed, of danger of drama -- but not necessarily very high speeds.  The Giulietta QV is so easy to drive, so quiet and so effortlessly light-footed that you think you are going 80km/h, but when you look at the speedo, it says 130km/h.  I suppose that to recreate the oh-my-god-we-are-going-to-die-feeling you get in older cars, I would have to drive at speeds that lead to carpentry (building pallets is the stereotypical prison job in Norway -- whether this reflects reality or not -- hence "building pallets" is a euphemism for "going to prison").

I like braking hard, cornering fast, place the car precisely and hit the fun pedal before most people have discovered that they are even in the corner -- but thundering down a straight piece of road at warp speed....even the land-boats of the colonies can do that.

Of course, then there are cars from the 80s.  When there was electronic injection systems and car designers were struggling to get to grips with this newfangled thing called a "turbo".  Now, the turbo wasn't a new invention, but strapping them into road cars and, in some cases, tripling or quadrupling the top end power output, did not come without challenges.  Apparently this was so hard to sort out that for a decade, nobody had time to design cars with curvy bodies.  The ruler was the main design tool and I suppose Giugiaro and Cressoni enjoyed the 80s since it meant they could go home early every day -- after spending most of the day drawing essentially straight lines.

While the 60s and 70s was about bone-rattling, yet rather linear engine performance, the 80s was the nuclear age.   Nothing at low revs, still nothing, nope and then, suddenly, hundreds of crazy horses come gallopping out of the gate at the same time, turning your tyres into plumes of expensive smoke and depositing your car in the nearest tree.

I happen to have one of the most frightening cars from this era:  the 1987 Alfa Romeo 75 Turbo Evoluzione (Interestingly, almost everything on the Wikipedia page is wrong about this car, so I should get around to fixing that some day.  Not only did they make 509 rather than 500 cars, but they were also more powerful than claimed by the factory -- because Alfa made a V6....and a 4 cylinder engine isn't allowed to be more powerful than a V6 in their universe...so obviously they had to lie).

It was made as a homologation vehicle -- meaning, to race in certain series, you needed to make at least 500 cars to be able to claim that it was "serial production".  Alfa made 509 of these cars.  Sadly the timing was a bit off so they only raced briefly.  Again meaning that development of the car never really got going.  Which again means:  this is a frightening car. While the 1972 GTV is the sort of car you can drive in a tweed jacket, and the Giulietta QV allows you to thunder along in comfort while checking your mobile phone, the Evoluzione should probably come with a straightjacket and anti-psychotic drugs.  Give it the beans and within short you will start suffering from ischemia of the knuckles.  It is recommended that you bring a change of underwear and arrange for some sort of plastic covering for the seat.  At least until you get used to what happens when the little turbine up ahead wakes up and starts cramming obscene amounts of oxygen into the cylinders.

Owning a 75 Evo is like owning a bear:  pretty cool, but there's always the risk that this is the day it is going to eat you.

But you do feel alive when driving it :-).