Doing my first 3D print with glue on the build plate instead of painter's tape.  I got tired of poor adhesion for the first few lines and then too much adhesion when you want to pull the part off -- resulting in parts that have fragments of painter's tape stuck to them.

I mixed 1 part Polyvinyl Acetate (PVAc) to 4 parts water in a jar, shook it until the glue dissolved and then painted the mix onto the build plate while keeping the build plate at about 50 degrees celsius.  The water evaporates, leaving a thin residue of glue on the surface.   I put down layers of this, letting each layer dry before putting on the next.  After about 3 layers the surface gets a slightly milky look.

I probably should have allowed it to dry completely.  The surface was a tad sticky when I started printing.  But this didn't seem to matter.  The initial lines of the skirt (a line the software draws around the part in order to get good filament flow before starting to print the actual part) stuck beautifully. 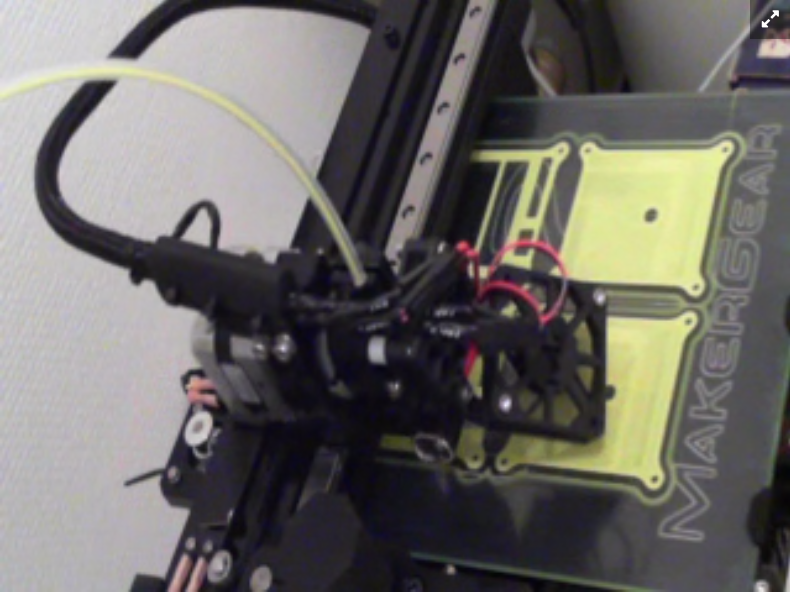 I decided to try PVAc glue since this weekend I am bulk-printing enclosures for a camera prototype. It is a simple, low cost GSM connected webcam to explore what we can accomplish using cheap off-the-shelf parts.  I designed a very simple enclosure for it and next week we are going to put together a bunch of these devices.  We've tried to keep things as simple as possible,  but we still have to solder some wires to the board to hook up a switch and an LED.